BMW’s popular X1 sports Activity Vehicle and X2 Sports Activity Coupe have received value added updates for the 2019 model year. Apple CarPlay has been added across all models in the X1 range, along with Navigation Plus and Head Up Display. An 8.8 inch touchscreen allows access to an app look interface, plus there is a voice interface called Natural Voice recognition. The X2 range also receives the Head Up Display and the Navigation System Plus. As with the X1, the X2 gets the Apple CarPlay interface as standard across all trim levels. To visually identify the entry level X2, 19 inch diameter wheels, up from 18s, are fitted. 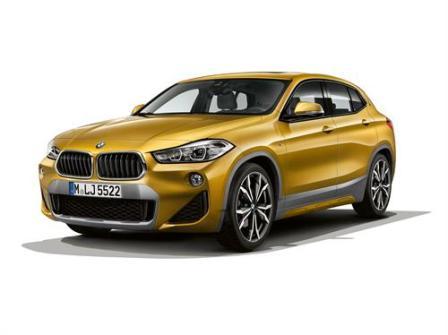 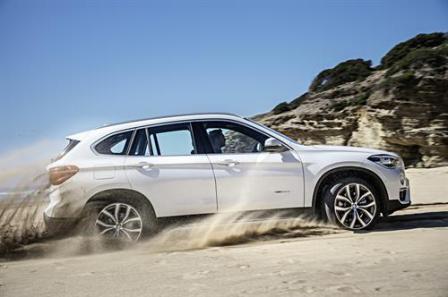 The new M2 and M5 Competition models have also been released. The M2 has the grunty straight six from the M3 and M4. The twin turbo powerplant develops 550Nm between 2350rpm and 5200rpm, meaning throttle response is almost instant and brings great driveability. The peak power of 305kW comes in straight after that and runs until 7000rpm. The soundtrack is backed up by a twin exhaust system and electronic flap control. The whole package sees the M2 reach highway speeds in 4.2 or 4.4 seconds, depending on the M-DCT or six speed manual transmission chosen. Top speed is controlled to 250km/h, or 280km/h if the M Driver’s package is added. The price to pay for this is reasonable, with consumption rated at around 9.0L/100km on the combined cycle.

If the M-DCT is optioned in the M2, switches on the centre console provide control of drive characteristics for the engine, steering, and BMW’s Drivelogic functions. Personalisation is the key, allowing the driver to save customised settings.

Outside there are additional body stylings to identify the M2 and M4, with an improved cooling system receiving better airflow from a bigger BMW grille and redesigned front skirt. New double armed wing mirrors are fitted and stopping power is increased with 400mm six pot, and 380mm four pot, discs, front and rear. Fettling of the suspension takes parts from the M3 and M4, with front rigidity and steering precision improved. 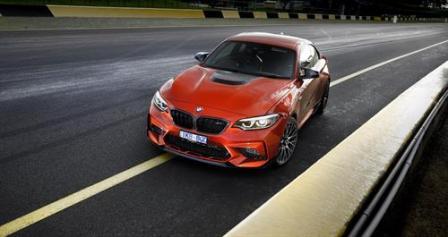 The Dual Clutch Transmission is an option. In Drivelogic there are three drive modes: Comfort, Sport, and Sport+, with manual mode giving the driver full control over changes. In automatic mode the driver can change the gearshift timing, the intensity of the change, and even the blipping on the downshifts. 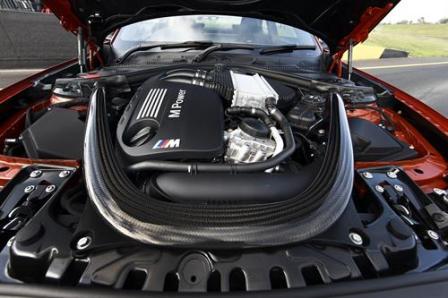