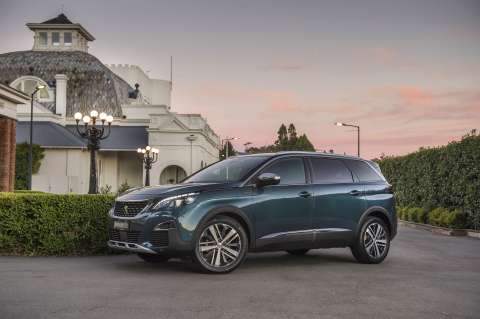 It’s a solid, bluff, no nonsense look to the 5008, and brings the bigger SUV into line with the family look of the 2008 and 3008. As has been the choice from the design team, there’s a distinct look of difference between the Allure models, GT Line and GT models which feature sporty design elements including: Peugeot equaliser grille, bespoke front bumper and lights, sporty amplified engine note, exclusive interior trim and steering wheel, red instrument illumination, and exclusive GT-Line or GT badging.

There’s a choice of two engines; the grunty 1.6L petrol engine for Allure and GT-Line, and the torquey 2.0L diesel for the GT. The turbo petrol offers an impressive 240 Nm at 1600 rpm, with the diesel an even more resounding 400 Nm at 2000 rpm. Both power down via a six speed auto and are good for a zero to one hundred time of just over ten seconds. It’s reasonable but not great for the 1473 kilo (dry) Allure/GT-Line and 1575 kilo (dry) GT. Economy figures look good too, with the petrol engine quoted as 7.0 to 7.3L per 100 km, and the diesel at 4.8L/100 km from a 56L tank. That petrol figure is Grip Control dependent, with that system being the drive modes available including Mud, Snow, Sand, Normal, and ESC Off. 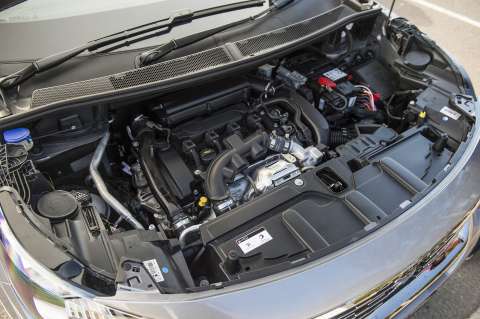 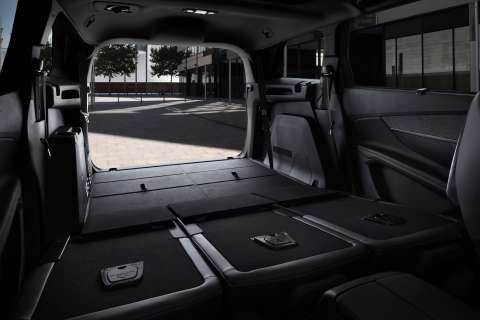 The interior is completely revamped and is built around the i-Cockpit theme seen in the 2008 and 3008. There’s also a new setup, the i-Cockpit Amplify. A button push brings in a change to light intensity and screen colour, releases scents, activates a seat massage program, and changes audio settings. There’s two settings, Relax, and Boost.

Tyres and wheels vary slightly; it’s 225/55/18 on board for the Allure/GT-Line and 235/50/19s for the GT. As standard. If the Grip Control system is optioned, it’s the smaller combo with Mud and Snow tyres. All three trim levels will ride on a suspension of pseudo MacPherson struts and coil springs up front and a “twist beam” rear axle. This is housed inside a 4641 mm long body and a 2840 mm wheelbase. Height is a decent 1646 mm and the 5008 spans 1844 mm. 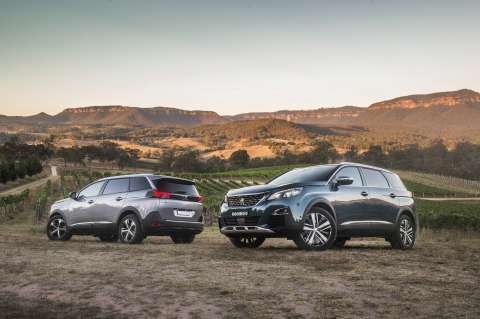 The 2018 Peugeot 5008 is available now. Head to Peugeot Australia to enquire directly.