Mazda’s completely overhauled their BT-50 ute and announced that sales will commence from October of 2020. Gone is the sharp and angular nose that featured and replaced with the family look that covers the brand’s SUVs. Mazda’s designers embody their vehicles with a language they call “Kodo” and this is now on the BT-50.

This features a three dimensional wing styling when viewed from the front, and there are striking

crease lines that sweep from the grille and headlights through to the wing mirrors. From the top, a line runs directly through the centre from nose to tail. The restyled bonnet covers a 3.0L diesel with 140kW and 450Nm of torque. Better economy comes from a weight reduction regime, whilst that torque enables a 3.5 tonne towing capacity and a payload of over a tonne.

Head inside and the cabin also has been refreshed, with a more family oriented feel for this commercially aimed vehicle. The seats have a higher level of support, crucial given the 4×4 capability of the BT-50, and the steering column is now telescopic as well for extra versatility. Apple CarPlay and Android Auto now feature in the enlarged touchscreen. Safety features have improved too, with Adaptive Cruise Control, Autonomous Emergency Braking, Lane Departure Warning, Blind Spot Monitor and Rear Cross Traffic Alert as standard. 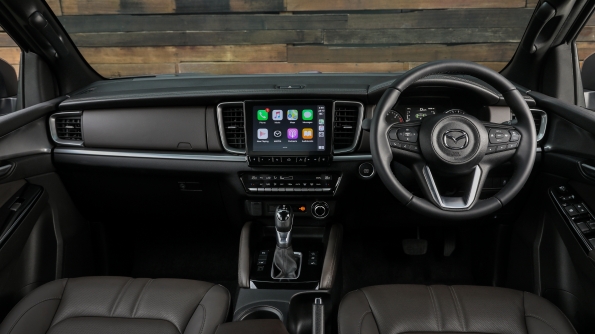 Colour choices now include Gunblue Mica and Concrete Grey Mica. The blue has a deep lustre in some areas that contrast with lighter shades in the light, with the grey giving an industrial feel.

Pricing has yet to be confirmed. 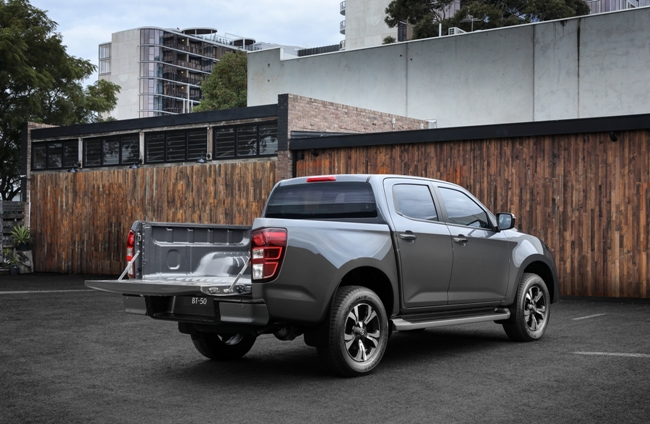 October also sees BMW’s new 4 Series coupe ready for showrooms. It’s been stretched in three dimensions, had the suspension reviewed and revised, and is also slipperier through the air than the previous model. 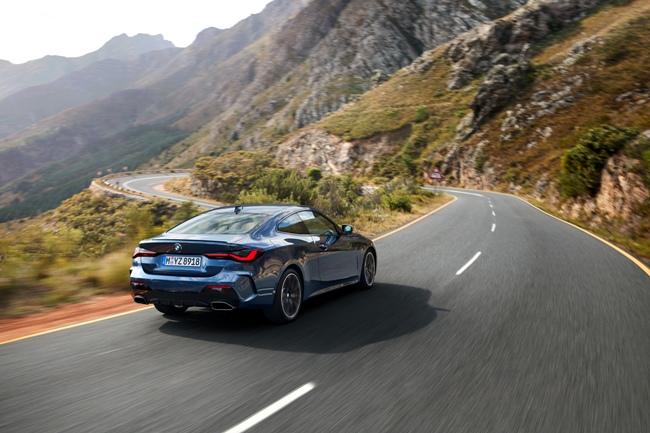 Behind the restyled nostril grilles lie a pair of torquey 2.0L four cylinder petrol engines for the 420i and 430i models, delivering 135kW/300Nm and 190kW/400Nm respectively, and a six cylinder unit for the M440i xDrive that develops 285kW/500Nm. Transmission is an eight speed Steptronic.

The interior has been revamped with a M-Leather steering wheel, acoustic glass for the windscreen, and a twin-screen layout for the driver and infotainment. This is the BMW Live Cockpit Professional, with a 10.25 inch control screen and a 12.3 inch driver’s display screen. A 4G SIM card allows for on-the-go access to the BMW Connected Package Professional. This allows the usage of digital services such as the BMW TeleServices and Intelligent Emergency Call,plus provides Real Time Traffic Information with hazard warning, Remote Services and Concierge Services. BMW have engineered in genuine flexibility here, with controls for the information activated via (and depending on the respective content) the iDrive controller, steering wheel buttons, voice control or BMW’s innovative gesture control. 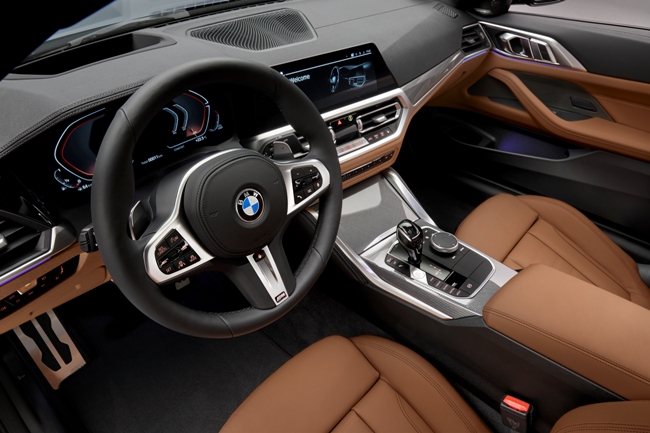 Underneath the 4 Series lies, as standard, the standard M Sport suspension. Specifically for the 4 Series their is specially tuned lift related dampers. The Adaptive M Suspension can specified as part of an option pack. 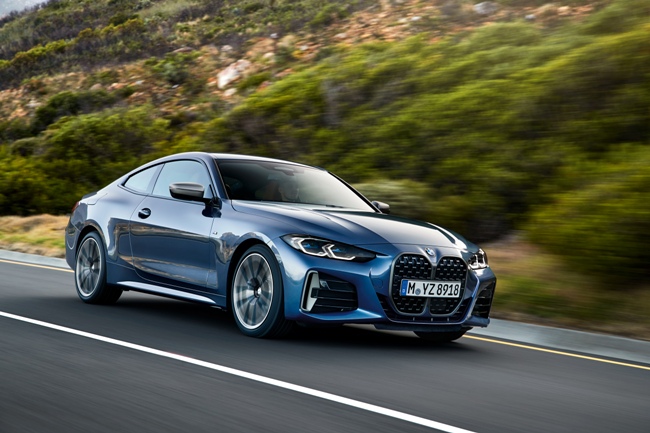