Speed, we are told, is a dangerous thing to deal with. It is, therefore, a true oddity that so few Formula 1 drivers, people that are amongst the fastest drivers in the world, die. It then makes the passing of a driver, current or past, all the more poignant and tragic. 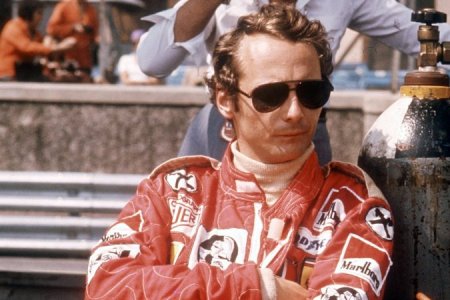 Just days before the 2019 F1 race at Monaco, possibly the most picturesque location in the F1 calendar, Niki Lauda, well up there with Brabham, Schumacher, Fangio, and of course Hunt, passed away from complications following lung surgery in 2018, the flu earlier this year, and kidney dialysis. The Austrian born Lauda was, tragically, best known for his unexpected survival from a crash at the 1976 German F1 Grand Prix. His car exploded, trapping him in the cockpit, with rescuers taking close to a minute to extricate the badly burned driver from the cabin. Lauda said of the crash that it ripped his helmet from his head, leading to the horrific scars he bore. Taken to hospital he was not expected to survive, with last rites performed. Somehow, he was out out of bed and competing just 42 days later and would go on to win again. 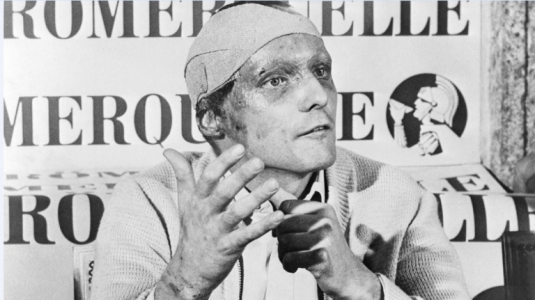 Lauda celebrated his 70th birthday in February of 2019. Born in Vienna, Austria, Lauda found his calling in motorsport and by 1971 was racing in Formula 2. Sadly, his family, a wealthy one with his grandfather being a Viennese industrialist, saw his racing as unworthy of the name, leaving Lauda with little option but to cease contact with them. Progress came in the form of bank loans and willing assistance from The March team in 1972, before a change to the BRM team in 1973. This team was also in the doldrums, looking at collapse.

His then co-driver at BRM, Clay Regazzoni, left BRM to join Ferrari for 1974. This would prove fateful for Lauda. The great Enzo Ferrari had asked Regazzoni of his opinion of Lauda. The response was so favourable that Ferrari hired the Austrian. He quickly found form with a second place in his debut race. He would win the Spanish GP a few races later but reliability issues aw Ferrari’s lightning start fizzle. 1975 started slowly with no wins for the first four races then it all clicked for Lauda and the team. Driving the Ferrari 312T Lauda would win four of the next five GPs. he would also bag his first world championship after a win at Monza and Ferrari would also take out the constructors championship that year.

His rivalry and friendship with other drivers was growing, particularly with James Hunt. The pair had raced each other from 1973 and although their seemed a fractious relationship, there was strong mutual respect. That respect would be shown by Lauda after his Nurburgring crash, with Hunt winning the 1976 championship by a solitary point. Lauda had receovered to a point where he was able to race again, however his burns had left him with surgery required to rebuild his eyelids. 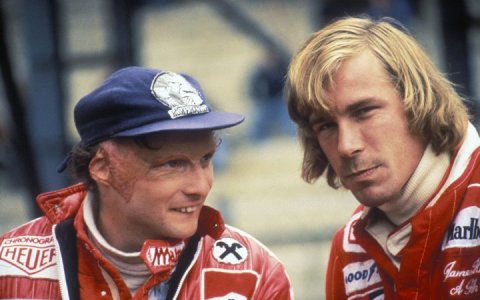 The final race of the season, in Japan, was beset by heavy rain. Lauda had declared, just as he had before his Nurburgring crash, that safety should be the number one proviso. He raced just one lap before retiring, which gave his friend and rival Hunt the chance to win, which he did. Hunt’s energetic lifestyle was at odds with Lauda’s way of life, yet their respect was such that when Hunt passed away, Lauda said: “When I heard he’d died age 45 of a heart attack I wasn’t surprised, I was just sad.”

Lauda would go on to be a successful businessman, founding an airline, plus he was called upon by the Ferrari F1 team to be a consultant. In 2012 he would be employed by Mercedes F1 as a non-executive chairman and would be involved in having the team sign Lewis Hamilton. At the 2019 Monaco F1 GP, he was remembered in various ways. 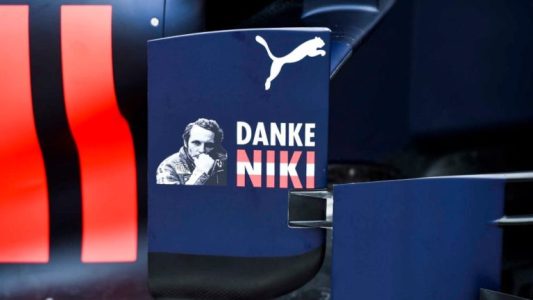