Jaguar, that quintessential and iconic English brand, unveiled the new XF in a somewhat unusual way in London. Jaguar is proud and rightfully so of its aluminuim architecture and engineering. It’s quoting 80 kilograms lighter than its nearest competitor in its segment and reduced CO2 emissions along with a mooted 70 miles per gallon (diesel engine).
The way that Jaguar showed off its new car certainly is an eyebrow raiser; we watch humans walk along thin wires and marvel at how they stay on. Jag went further and ran the XF across two wires, crossing the Thames at Canary Wharf. 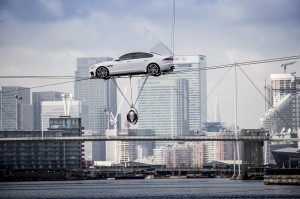 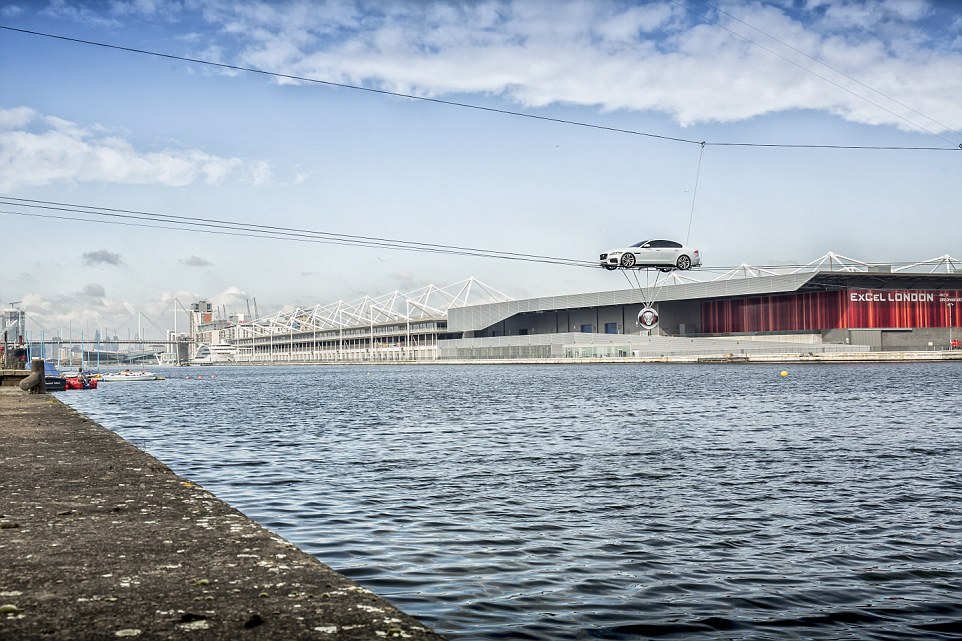 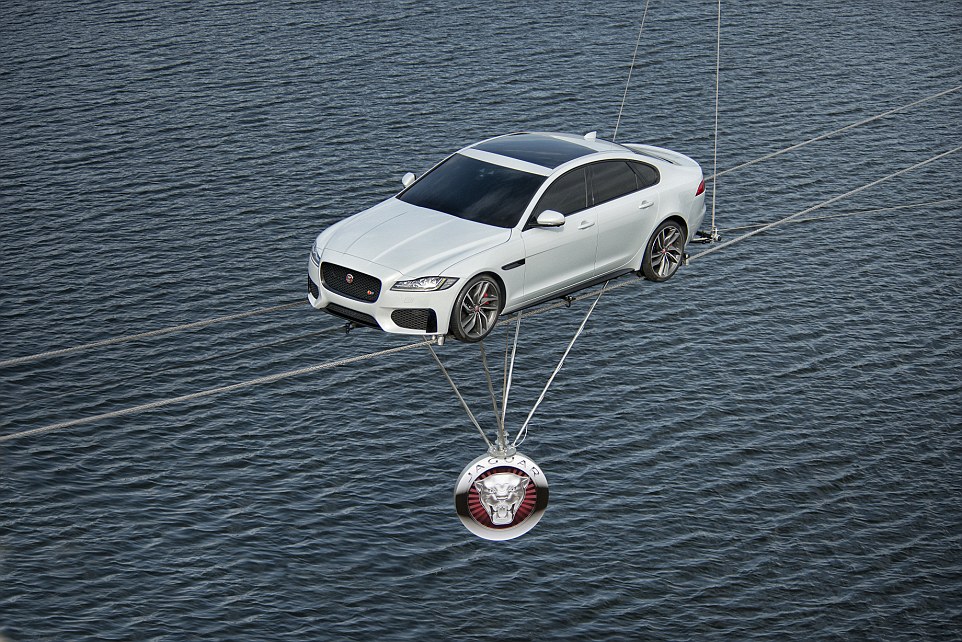 There’s been some tweaking of the design as well; to the eye it looks the same length but there’s a difference, with wheelbase extended by by 51 mm whilst the car is actually 7 mm shorter and 3 mm lower. Headlights have been trimmed and the taillights now have the same look as the popular F-Type. Transmissions will be eithe a six speed manual or eight speed auto, with powerplants ranging from a 132 kW diesel to 280 kW supercharged V6, with drag now reduced to 0.26cD.
The F-Type, available in convertible and hardtop, has donated its blood to Jaguar’s first SUV, the F-Pace. 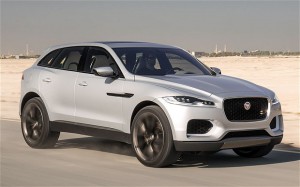 The concept car, the C-X17, gave a clear indication of its heritage when unveiled; sales of the XF are scheduled for spring 2015 in the UK and, no doubt, sometime in early 2016, as will the F-Pace.

Mitsubishi’s Outlander has been popular since its launch in the early 2000’s; there’s been some teasing of the new model which indicates a freshening of the front whilst the rear has been tickled a little. Interior updates have not yet been seen.

Citroen, famed for its sometimes quirky designs, says Australia will see the C4 based Cactus in early 2016; it will bring with it a bold design and innovative features including Airbump technology, magic wash and a roof mounted airbag. Unique Airbump® technology provides style with substance to absorb minor impacts, this flexible skin protects the vehicle from minor scrapes and bumps. Consisting of a multitude of air capsules under a flexible skin TPU (Thermo Plastic Urethane), the soft treatment absorbs small bumps and provides better resistance to scratches. They require no special maintenance, and directly involved in the reduction of operating costs of the vehicle.

Airbump technology will also be joined by an innovative ‘Magic Wash’ system whereby windscreen-washer jets are fitted in the tips of the wipers to provide a bead of liquid rather than a spray.
The system results in no loss of visibility during washing, while removing overspray and reducing consumption of washer fluid by half. 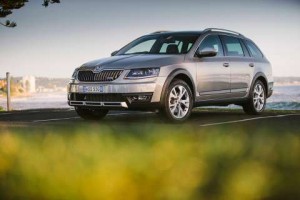 Australia gets a guernsey with the designed and engineered here Ranger slated for release in the second half of 2015. There’s an American influence to the front with a more assertive, masculine design. A trapezoidal grille is flanked by new projector headlights 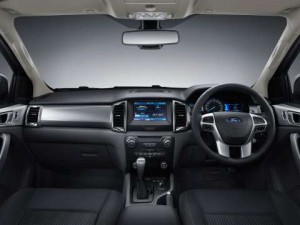 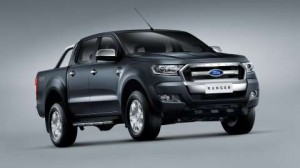