BMW has the wherewithal to build a car for all segments, potentially even a segment or two that don’t exist. The 6 Series Gran Tourismo could be considered to be a segment creator. An update has just been released and here’s what we know.

Outside there has been a redesign of each end. BMW’s fixation on enlarging the kidney grille, its signature part of the frontal view, has been applied here. Slimmer headlights accentuate these, making them look even larger. On either side are new Adaptive LED Headlights with matrix technology fitted as standard, and latest version of BMW Laserlight can be ordered as an option. 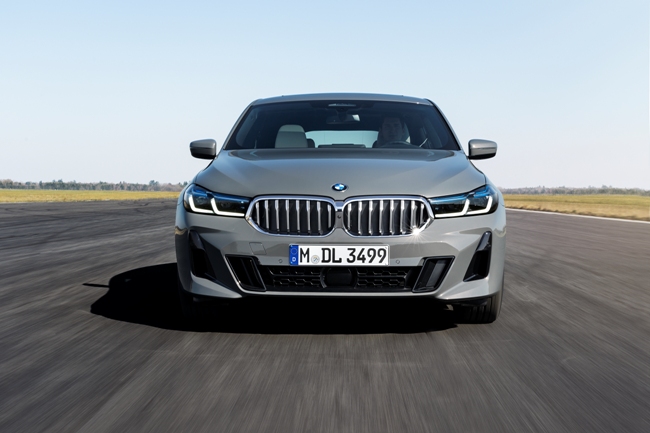 There are new exterior colours and additional BMW Individual paint finishes to allow personalisation. There is a M Sport package with new parts, particularly a striking front apron and large diffuser element at the rear. Optional M Sport brakes now with a choice of blue or red-painted callipers. These will sit inside 18-inch light-alloy wheels fitted as standard on the most powerful petrol and diesel engines, and there are new light-alloy wheels in 19- and 20-inch formats available as an option.

Two petrol and three diesel engines will be available. All engine variants now come with 48V mild hybrid technology and there is more rapid response and greater efficiency thanks to 48V starter-generator that provides up to an extra 8 kW/11 hp to boost the combustion engine’s power and ease its workload. All diesel engines now arrive with two-stage turbocharging. All four- and six-cylinder petrol engines now comply with the Euro 6d emissions standard. Power hits the ground via an eight-speed Steptronic transmission which is standard for all model variants. BMW’s xDrive intelligent all-wheel drive system is either standard or optional for three engine variants. 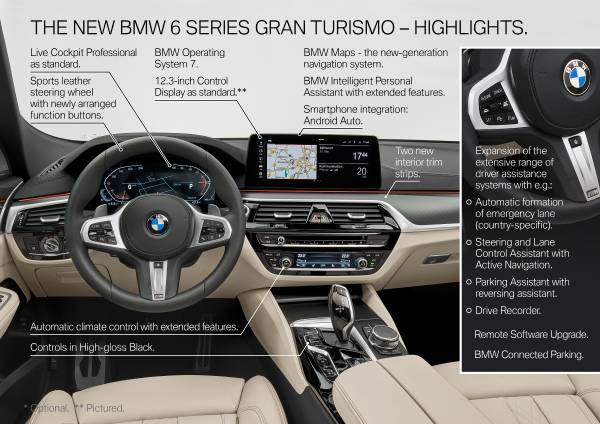 BMW’s excellent Live Cockpit Professional is fitted in the new BMW 6 Series Gran Turismo as standard. The BMW Operating System 7 optimises intuitive operation, and opens up a wealth of new application and connectivity possibilities. BMW also fits their Intelligent Personal Assistant digital companion and now has extended functions with optimised interaction that uses new graphics in the Control Display. There is also now the premiere for BMW Maps. This cloud-based navigation system enables extremely fast and precise calculation of routes and arrival times whilst updating real-time traffic data at short intervals. The human touch comes from a free choice of words to select navigation destinations. A vivid 3D visualisation of the surrounding area shows traffic situations and possible inputs from driver assistance systems in the instrument cluster. BMW’s Optional Parking Assistant with additional reversing assistant is available and the BMW Drive Recorder shoots up to 40 seconds of video of the area around the vehicle. 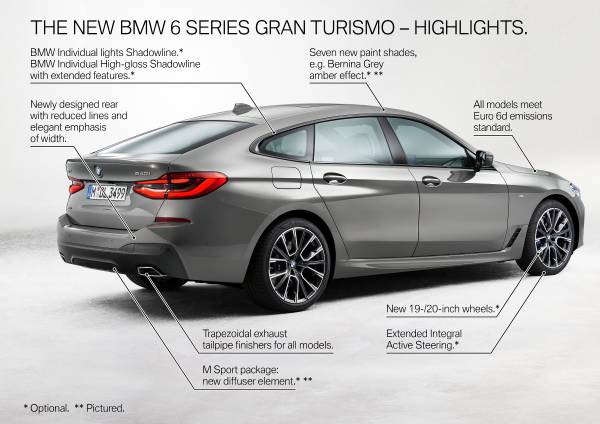 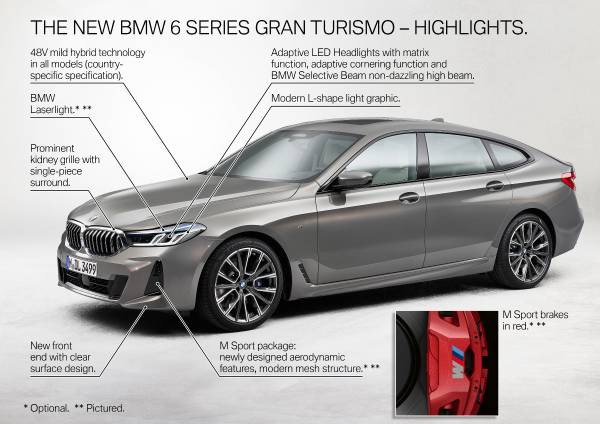 Pricing for the Australian market is yet to be confirmed. 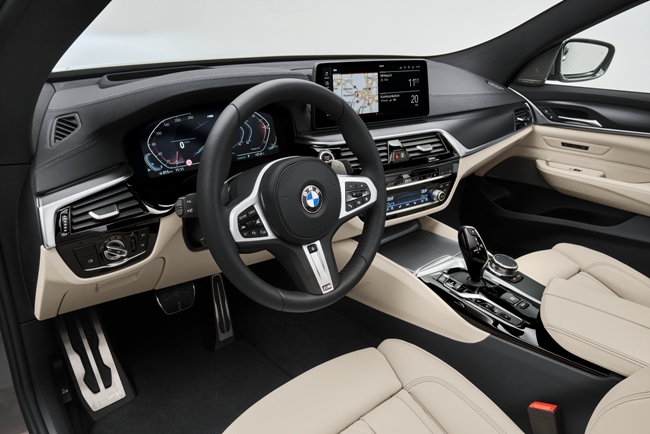