Kia Australia has announced that the under-performing Optima is to be dropped from the Australian lineup. With the medium car segment shrinking and Optima moving just 54 units in January and February of 2019, the handsome and stylish front wheel drive machine is destined to be deleted as a sales choice by year’s end. 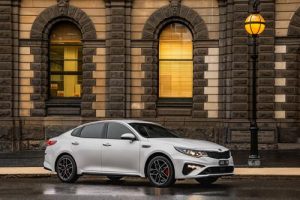 However, as good a car as it is with a superb ride and sharp handling, the fact that the sales of the bigger Stinger have increased, and with close to 2000 units moved last year, but just eight percent of those being the sparkling turbo four as found in the Optima, the Optima’s future is clouded.

Kia itself has declared its electric intent, with the Soul looking to move to a purely electric platform. The petrol version’s sales has collapsed, and rather than continue with either the petrol or hybrid versions, as another small SUV is planned for Australia, Kia Australia will trial the Soul as a battery powered option only. Kia has also waved goodbye to the almost invisible Rondo. 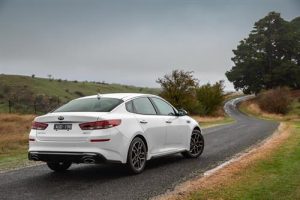 The newly updated Cerato hatch and sedan have grown in size, and by becoming closer overall to the Optima, and now packing turbo engines in the GT options, have given buyers a choice largely no longer taken up in the medium sedan segment.

Kia’s majority shareholder owner, Hyundai, has unveiled their new Sonata though. Sister car to the Optima, the 2020 Sonata debuts a new design and features a more coupe styling. The rear features lights that do more than nod towards a Swedish influence, whilst the new nose has strong influences from the European mainland makers. Inside Hyundai have moved towards the Japanese and European high dash mounted screen as seen in Audi and Lexus, for two examples. 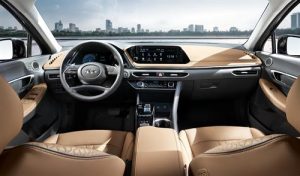 Overall height is down by 30mm, whilst overall width is up by 25mm. This gives the 2020 Sonate a sleeker and more purposeful stance on road. That’s helped by a longer body and wheelbase of 45mm and 35mm respectively. 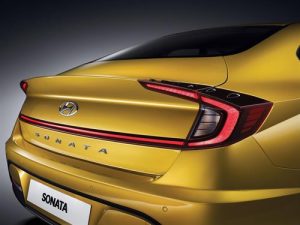 The current expected release date is in late 2019.