Kia has confirmed the rumours of what its forthcoming Sorento will look like prior to its first public appearance at the 2020 Geneva International Motor Show. Not unexpectedly, it features styling cues first flagged in the Seltos. There has been subtle changes to the styling, such as the change to the front and rear overhangs. These have been reduced with the result being the Sorento now looks longer in profile. 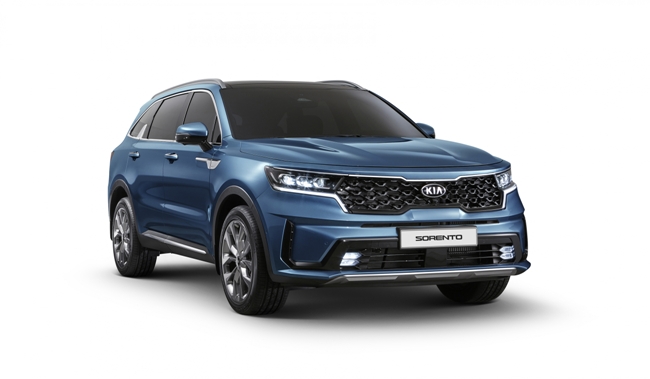 The front end has strong relationships with the Seltos, including the restyled headlight cluster with Kia saying it has “Tiger Eye” LED running lights. These are said to mimic the lines around the eyes of a tiger. A longer bonnet and a push-back of the windscreen’s A-pillar by 30mm adds to that perception of length. The rear edges of the bonnet wrap around further into the uppermost edges of the front guards, and create the start of a character line that helps draw the eyes from front to rear. This takes the view to the completely new rear lights, in a stunning vertyical block design, rather than the previous broadsheet styling horizontally, and there’s a hint of Volvo’s SUV here. There’s also the Seltos relationship to be found here, with the rear passenger window having the fin reaching towards the roof as seen in the smaller car. 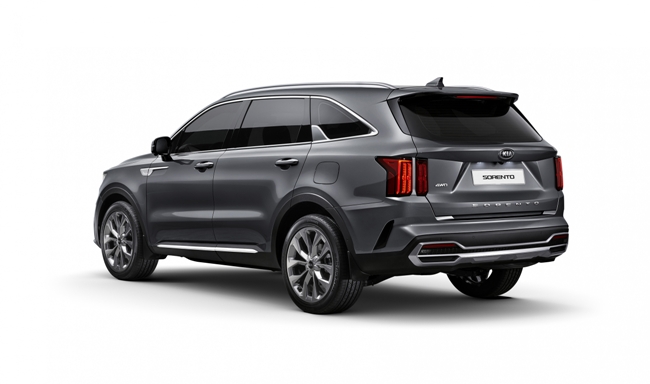 Passengers are given more in the way of sophistication and comfort. Trim levels have improved with metallic tones, higher grade materials, and wood-effect cladding. A new 10.25 inch touchscreen becomes the centrepiece of the tech level inside the Sorento. That complements the brand new 1203 inch full colour and high definition driver’s information screen. Along with other tech, the forthcoming Sorento is easily the most technologically advanced Sorento offered yet. 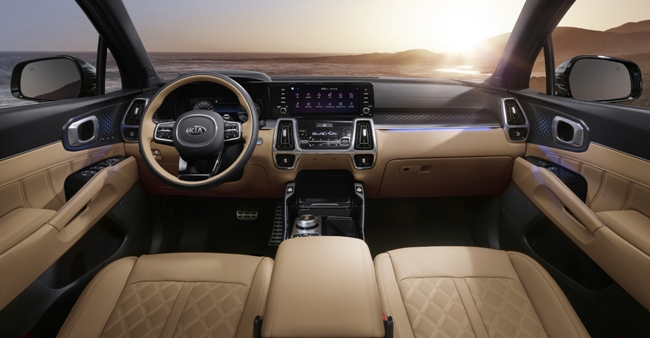 The cabin is spacious, and has an ambience highlighted by LED mood lighting. The front air vents have an uncanny resemblance to the tail lights of the revered Holden HR. Switchgear takes Kia’s ergonomics to an even higher level, with a balanced look and spacing. 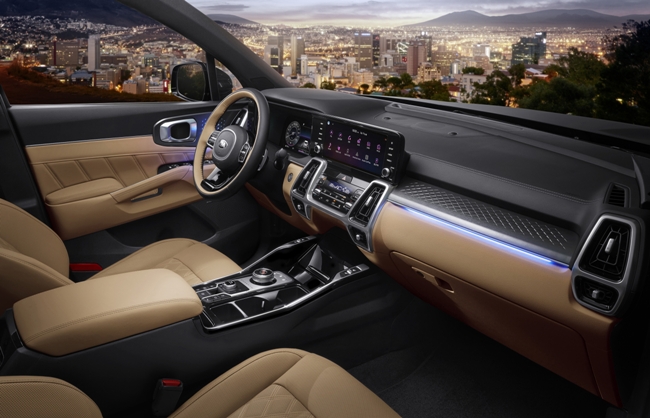 The 2020 Sorento will be officially unveiled on March 3