With the Holden Commodore effectively the only local car Holden has built for some time (Cruze is a world car, not locally designed), the major changes the car has experienced have come at seemingly ever increasing gaps. Much like the HJ to HZ Kingswoods, changes were cosmetic or unseen, being located under the skin.

It’s much the same with the VY and VZ to VE, with noticeable but not massive external changes but the move to VF models was more radical and almost a nod back to the original VB Commodore. The VB featured long horizontal tail lights, a design that stayed through to the VL. The VF moved away from an almost triangular look, a look that started with the VY, going back to a set of elongated horizontal lights. The front end underwent a slightly less radical change, with the headlight surround changed to a more “eagle eye” look and the lower front bumper given deeper and more inset vents housing the LED driving lights.But all the way through, there was a wagon. The ute didn’t arrive until the VN model, however there was always the option of a wagon. With the recently released VF series 2, there’s been the same incremental changes from the VF, with subtle, almost unnoticeable changes unless you look hard. 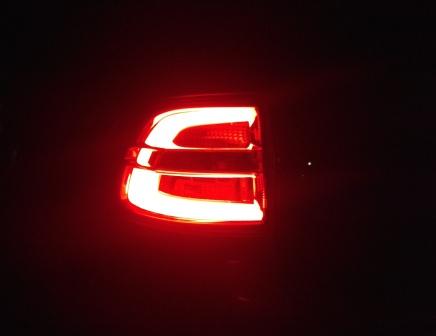 The Sportwagon’s tail lights are perhaps the biggest external change, with a more strongly defined design to the housing whilst when lit look more like the neon light style favoured strongly by some other brands including Kia. The front bar has also been given a subtle restyle, with the lower air intake widened and the corners indented. Stand away and you’ll miss the changes. 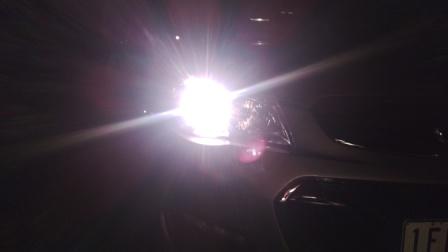 Under the lightweight aluminuim bonnet (which noticeably flapped around) beats Holden’s heart. There’s a muscly 3.6L twin cam alloy engine, which has a nice touch of rort when punched hard. It’s a willing revver, spinning easily around to the redline, throwing out 350 Nm of torque at 2800 rpm on the way to 210 kilowatts at a stratospheric 6700 revs.

To put that torque figure into perspective, however, most modern two litre engines with a turbo will twist out the same. Consumption is quoted as 9.0L of 91 RON per 100 kilometres from the 71 litre tank although Holden does say better distance per litre may be achieved from 95 and 98. Send it along a straight freeway and the six speed auto will settle in at just over 2000 revs, dropping that fuel consumption (from the average) to around the 8.3L mark if pedalled gently. 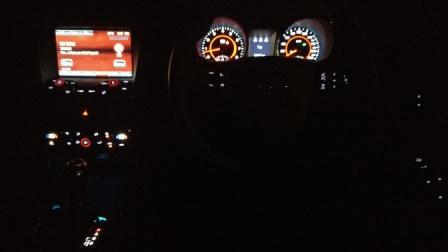 Sitting just under the peak torque figure, it allows the Sportwagon to get some serious mid range acceleration when asked. It’s a superb highway cruiser, with minimal road noise intruding into the cabin and that ride has the passengers feeling as if they’re isolated from the outside.

The interior also has received a mild workover but you’d have to be an “anorak” to notice; there’s slightly different looking dials in the dash, but the centre monochrome screen remains.

There’s the same faux carbon fibre trim, the same oddly located fabric strip in the seats, the same touchscreen as the VF and the same acres of space inside the Sportwagon. 895L of cargo space greet the driver and there’s 2000 with rear seats laid flat.

Back outside, there’s some new alloys to wrap tyres with, with five spoked eighteens clad in 245/45 Bridgestone Potenza rubber. Being the tyres they are, along with the continual refinement of the suspension, there’s a brilliant ride and fantastic handling. Hit a bump and there’s minimal rebound. Punt it hard into a roundabout and there’s minimal roll and the nose goes where the steering wheel says, with the faintest hint of understeer. 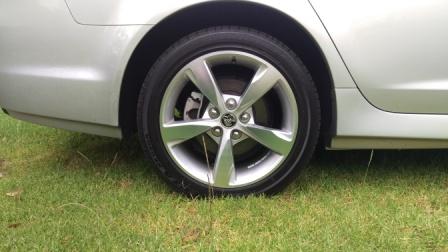 Being a wagon, there’s a touch more weight over the rear axle, but there’s no way of telling from the front right seat. It’s light, nimble, responsive, and highly unlikely to go Porsche by swinging the tail out. In fact, it’s one of the best handling cars one is likely to find on the road. Rebound is minimal yet there’s no hard bumps, with suspension nicely dialled in to provide a firm ride yet offer compliance enough to iron out the road to flatness. 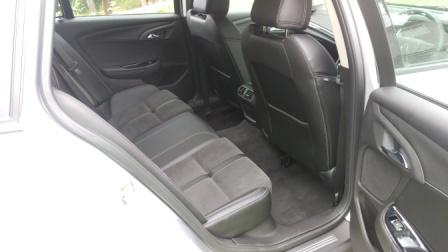 There’s a 2915 mm wheelbase coupled with a 1592/1608 mm track front to rear helping with that stability. Those numbers offer leg room of 1074 mm for the front and 1009 mm for the rear, allowing for plenty of long distance driving comfort.

The Wrap.
Wagons are not a dying breed, thankfully. But the Commodore Sportwagon is, with around 18 months worth (at the time of writing) of manufacturing left. We can only imagine what the next model, and beyond, would have been like but, as it is, this model will be seen as the best of the last. Much like Ford sold out Sprint models and the forthcoming cessation of the Aurion and Camry locally as well, the final models will be a great swansong.