BMW has released details of the soon to land in Australia X7. For the time being, power will come from only diesel engines, with petrol to follow later. It’ll be a two model range to start, with the BMW X7 xDrive30d starting from $119,900, and the BMW X7 M50d from $169,900. The BMW X7 xDrive30d will have a “TwinPower” twin-turbocharged inline six-cylinder diesel engine with variable turbine geometry. It’ll pack 195 kW of power and 620 Nm of torque, meaning that can reach 0-100km/h in just 7.0 seconds. 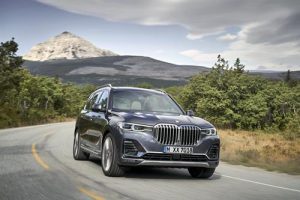 The X7 M50d goes up a notch, with an uprated TwinPower quad-turbocharged inline six-cylinder diesel engine with two variable-vane turbines and two conventional turbines. There’s a more than impressive 294kW and a startling 760 torques. 0 – 100 is a very decent 5.4 seconds. Both will power down via BMW’s eight speed Steptronic transmission. 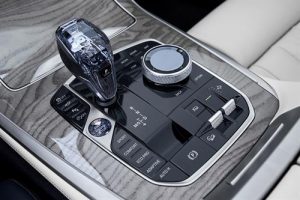 This has been recalibrated to feature a wider gear ratio spread. BMW’s much vaunted xDrive will be on board. xDrive is a smart drive system that varies drive torque split between front and rear wheels to optimise traction and power efficiency. 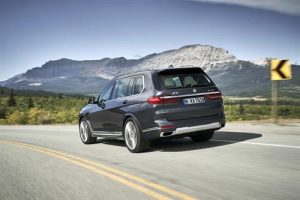 Both will also have, thanks to xDrive, a rear biased drive feel. BMW’s tuning house, M Sport, offers a differential on the rear axle to ensure a smooth power transfer in the BMW X7 M50d, maximising traction and ensuring optimum handling on all terrains. It’s available for the X30d as part of the xOffroad package. 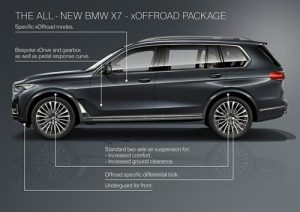 The BMW X7 xDrive30d will have 20-inch alloy light wheels as standard. The BMW X7 M50d has 22-inch M light alloy wheels for extreme road presence. Ride will come courtesy of a two-axle air suspension with automatic self-levelling. The system is smart enough that it can adjust the height of the car with the engine off and will go up or down by 40mm. There is some smart tech in the X7, it’s able to adjust the suspension for each individual wheel to achieve balance in an unevenly loaded car. More smarts come from Executive Drive Pro, and Integral Active Steering. Both will showcase exceptional cornering abilities and standout agility. 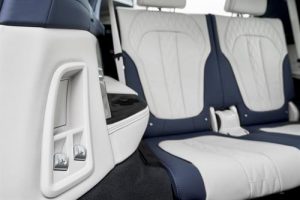 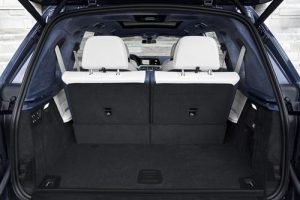 Seating is flexible, as anticipated. A 40/20/40 split for the second row seats is one option, a 60/40 split is also available. Standard cargo load is 326L, and that goes to 750L when the third row is flattened. All seats down offers up 2,120L, and a powered tailgate makes rear access easy, especially with the wave of a foot underneath the rear bumper. 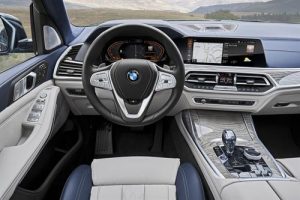 Head to BMW Australia for more details and to lodge your inquiry.