Wander into a car dealership and you’re presented with a range of automobiles that are an example of what is available. Mostly they’ll cover colors, perhaps some seat trims, and some options like roof racks, or wheels.
Iconic British car maker, Bentley, are at the other end of the spectrum. Their large limousine, the Mulsanne, offers via their Car Configurator, an almost endless list of combinations to ensure that Sir and Madam have a car tailored to their own exquisite tastes. There’s three versions of the Mulsanne: the Extended Wheelbase, Mulsanne Speed, and the Mulsanne itself. 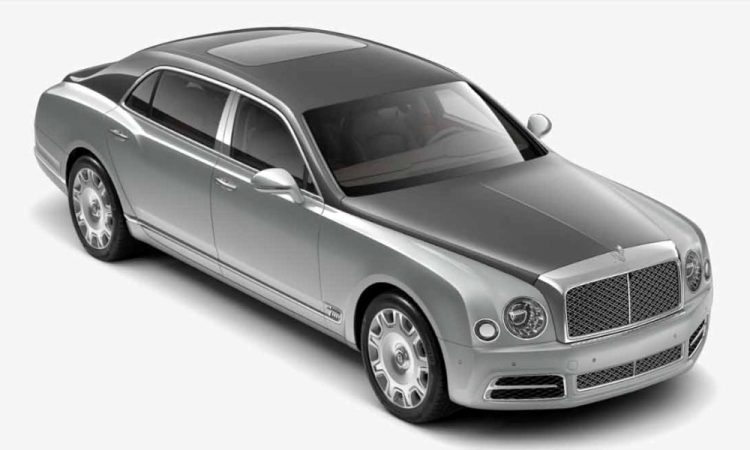 The exterior has a basic choice of five single colors and one two-tone black and aqua-marine known as Velvetine. Click the “Colors” tab and this opens up an eight further options covering Blacks, Greens, Golds/Oranges/Browns, Blues, Reds & Purples, Silvers, Yellows and Whites, and Duo-Tones. A click on Silvers alone brought up a choice of thirteen distinct shades. Bentley’s own “Mulliner” branding is applied here and through the other very comprehensive options list. 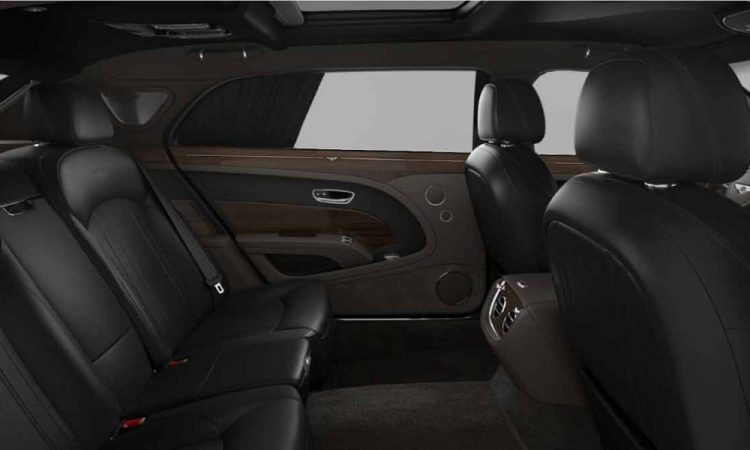 The choice of wheels is somewhat more restrained, with five available. There’s one twenty inch, two twenty one inch, and two Mulliner Specification.
Heading inside, the Hide tab has Colour Split and then Main Hide and Secondary Hide. Sixteen Main Hide and fifteen Secondary Hide options are listed including Highland Hare and Fireglow. Naturally these coverings are sourced from the most pristine of donors, especially checked for markings and flaws before Bentley takes delivery, where they’re further rechecked.

A standout of any classic British brand has been the wood veneer fitted. Bentley has a list of ten utterly gorgeous real wood veneers, including the classic Dark Stained Burr Walnut. Naturally there’s a choice of location for these veneers. Dark Fiddleback Eucalyptus for the Gear Lever? Of course, Sir. 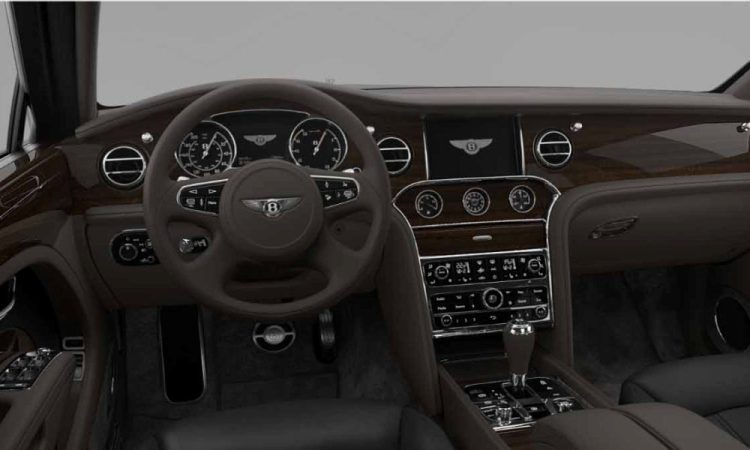 Which sort of stitching would Sir like to complement that? Contrast, Contrast Hand Stitching, or perhaps Contrast Piping? If a subtle look is being aimed for, there is non-contrast stitching and piping as well.
Of course the fabulous Bentley logo is included, with Blind and Contrast stitching. The steering wheel is given a choice of five coverings, and both the seat belts and carpets can be tailored to match the hides selected.

But of course Mulsanne owners like to let the world know that it’s their car they’re driving. Or more likely being chauffeured in. That’s why Bentley’s Car Configurator has grille options, glass tint options, and yes, even options for the famous “Flying Spur.”
Cost, as the saying goes, is “If you have to ask, you can’t afford it.” 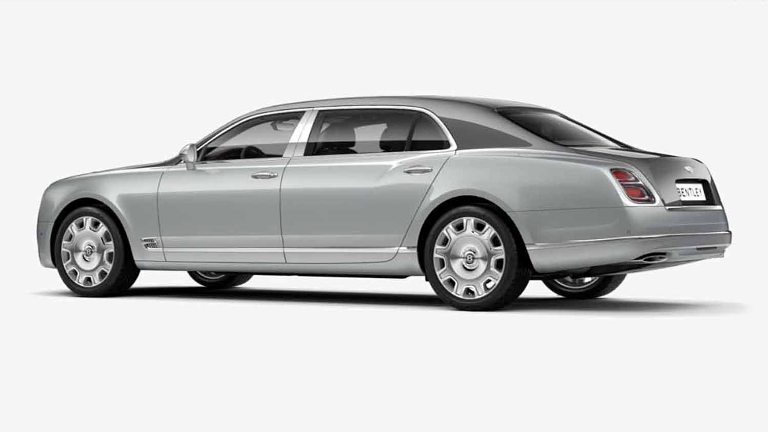