As often happens in Hollywood, two movies are released that have similar themes. And it is in the uber-luxury world with Mercedes-Maybach releasing a high end SUV, and now the British icon of Rolls-Royce has countered with the Cullinan. 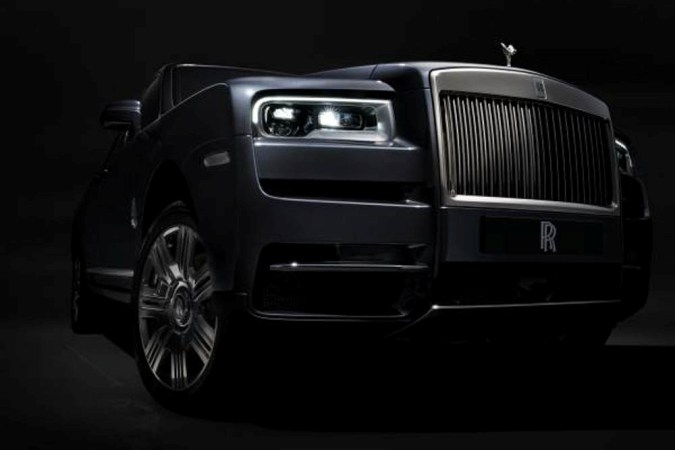 Immediately there’s a special kind of appeal for the Rolls-Royce Cullinan compared to the Maybach. It LOOKS like an SUV and ones with hints of historic British marques. A rear quarter view evokes Range Rover, for example, the front is pure “Roller”, whilst others have said there’s flashes of the iconic London taxi.

However it’s seen, it’s the first Rolls-Royce car of its type and nothing has been overlooked to ensure it embodies what R-R stands for. A clue to this can be picked from the name. In January of 1905 a diamond was mined in Cullinan, South Africa. At just under 3107 carats before being cut and polished, it’s still the largest gem quality rough diamond ever found. The two main Cullinan diamonds, incidentally, are part of the British Crown Jewels.

Motorvation is the famous 6.75 litre V12 which delivers 563 bhp (420 kW) and a orbit stopping 627 lb-ft (850Nm at just 1650 rpm) that’s connected to all four corners. Said four corners are also steerable. The drivetrain was engineered and refined through thousands of miles worth of testing in terrain as diverse as the sandy deserts of Arabia to the chill of the Scottish Highlands. Top speed is an electronically governed 155 mph or 250 km/h.

A key design feature that stands out in this Cullinan is the inclusion of “suicide doors” as seen in the sedan range. And being a Rolls-Royce, inside is a three box design, being front seats, rear seats, and rear cargo section that can be separated from the rest of the interior via a partition wall made of glass. 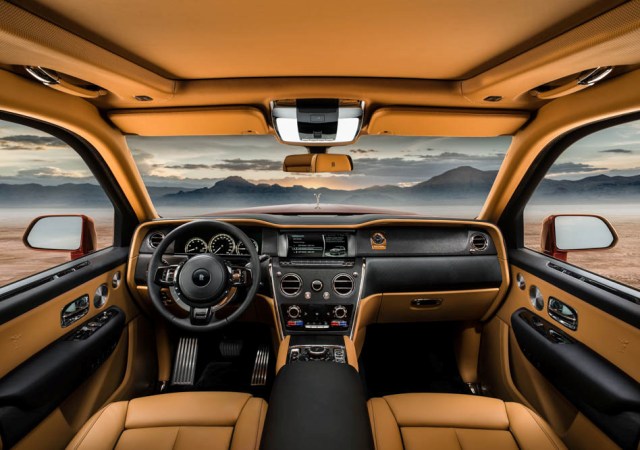 Being the company’s first SUV, there’s the first opening tailgate and has its own name. “The Clasp” opens up to display a cargo space not unlike the style seen when luggage was carried on the exterior of cars.
Forward of this is perhaps the signature Roll-Royce seating layout. Sir and Madam can choose either Lounge Seats or Individual Seats which when fitted are located higher in what R-R calls Pavilion Seating. The Lounge will seat three and in yet another first for the iconic brand, the seats will fold at the touch of a button. Rolls-Royce don’t overlook detail here either with the headrests set to fold as well. Why? To avoid a headrest imprint on the seat’s leather. Full loading length is 2245 mm and offers 1930L of space.

Should the Individual option be ticked, a Fixed Rear Seat Console is installed and features bespoke whisky glasses and decanter. The glass wall has an extra benefit here. Should the rear seat passengers wish to be travelling in isolated comfort after raising the partition, when the cargo area is opened the interior temperature stays as chosen. 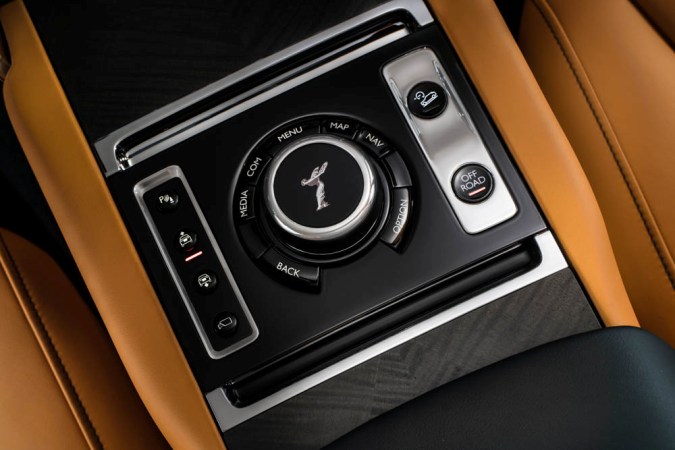 The airbag suspension enables the Cullinan to not only waft along, it will lower the car by 40 mm and with the wide aperture doors open enables unparalleled entry and egress. Once inside there’s access to high tech features such as Night Vision and Vision Assist including daytime and night-time Wildlife & Pedestrian warning; Alertness Assistant; a 4-Camera system with Panoramic View, all-round visibility and helicopter view. Camera users can recharge from the five USB ports installed and smartphones are wirelessly charged.

Aluminuim was extensively employed in the sub-frame to ensure both lightness and rigidity met the standards expected by Rolls-Royce customers. It brings along future proofing as well as part of the proprietary “Architecture of Luxury”. There’s a new double wishbone front suspension and five link rear that holds the four wheel drive and suspension system which is in constant contact with a drive monitoring computer that calculates millions of times per seconds.

Cullinan brings with it one final surprise. The key fob has a button that when pressed accesses what R-R calls “The Everywhere Button”. It activates the Cullinan’s drive system and allows peerless finessing of the suspension for the drive ahead. 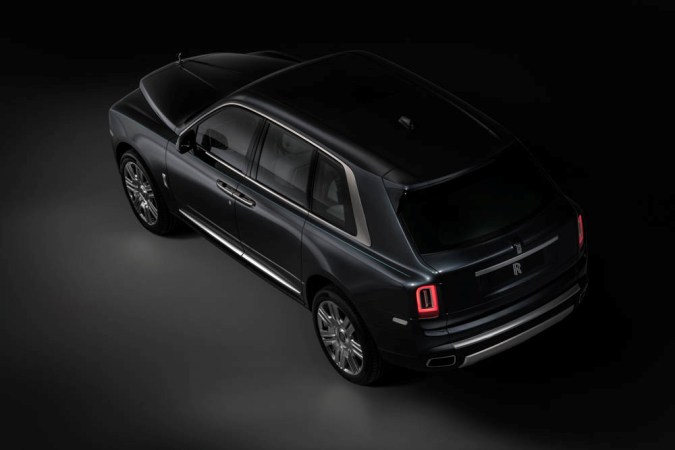