Hyundai have released some details of its new for 2018 Santa Fe. Notable changes include a restyled front end, linking the big SUV to its slightly newer and smaller brethren, the Kona. There’s the upper level LED driving lights, mid level headlights that are in a separate cluster and set deep into their own scalloped section on the extremeties of the bumper. A restyled “Cascading Grille” is also featured. At 4770mm in length, a breadth of 1890mm, and an increased wheelbase, the Santa fe stamps itself firmly as the leader of Hyundai cars. 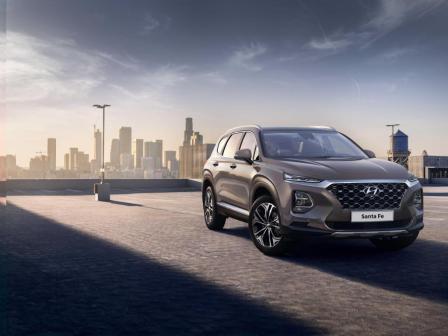 Inside it’s a complete makeover, with a sweeping line to the upper dash section, air vent designs not unlike those found in upper level European luxury cars. The dash and console are broader in look, with a more concise and intense look to the centre touchscreen and climate control section.

Safety details in full haven’t yet been released, however it is known that Rear Cross-Traffic Collision-Avoidance Assist is on board. It will recognise oncoming traffic from the side and wil automatically apply brakes if required.

More details will be released by Hyundai closer to its expected launch in late February and is due in Australia in mid 2018. 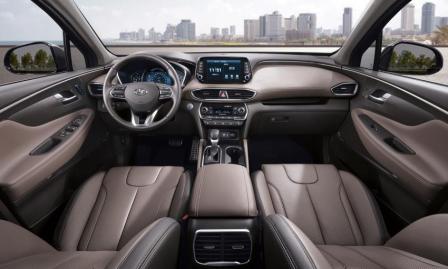