When the 308’s current iteration was released, it won the 2014 European Car of the Year Award. It was lauded for its use of lightweight composite materials, its fuel efficient engines, and also for the interior, winning the Grand Prize for the Most Beautiful Interior at the 2013 Festival Automobile International. With that in mind, A Wheel Thing takes on the Peugeot 308 Allure, complete with peppy three cylinder engine. 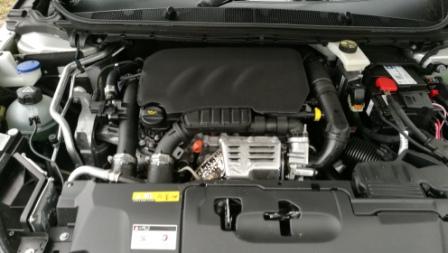 Sitting up front of the 4253 mm hatch is the PureTech turbocharged three cylinder, delivering 96 kilowatts at 5500, and peak torque comes in at 1750 rpm. There’s 230 torques from the 1.2L Euro 6 emission compliant engine, and is bolted to a six speed auto with Sports mode and manual shift via the gear selector. There’s the characteristic off kilter warble of the three cylinder as it hums its way up the rev range. The auto has a combination of dual clutch and CVT feel from stand-still, with a hesitation that intrudes noticeably before engaging and moving the 1125 kilo mass. 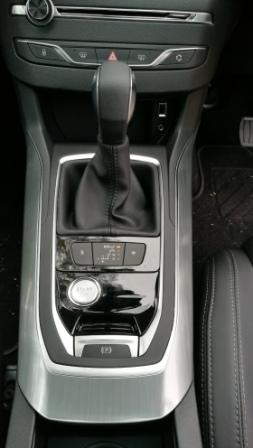 In Normal mode, the transmission is unsure, indecisive, with clunky changes…sleepy would be a good word. Select manual or Sports, and the difference is startling. The same throttle pressure sees more oomph, more verve, more excitement and the changes are quicker, crisper, sharper, and there’s a sense of more involvement in the experience. Matched with a chassis that leans towards, slightly, the more sporting pretension, and it’s a far better proposition when in Sports than normal. Having no paddle shifts makes no difference to the alacrity of the change. Punch it when under way and again the transmission seems a distant cousin you once knew as being slightly odd but is now ready to flex some intellectual muscle. It’s bang bang bang through the ratios and with barely a physical notification of doing so. 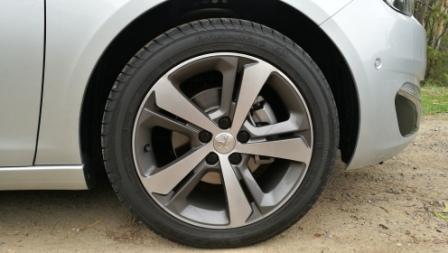 It’s a ride and handling package that delights as well, with grip aplenty from the 225/45/17 GoodYear EfficientGrip rubber. They respond well to the slow in/fast out cornering style advocated by performance drivers, combining with a tautish suspension tune, with just enough compliance to give a little luxury to an otherwise sportsmanlike ride. The shopping centre speedhumps do crash through, however, but that’s balanced by the smoothing out of corrigated and undulating roads found between home and the pick-up point near Sydney’s Mascot Airport. 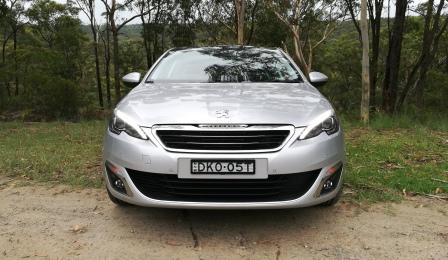 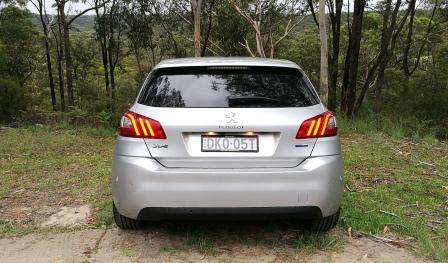 Where the 308 Allure does fall down, and badly, is in the connection between car and driver via two very important components: accelerator and brakes. The former, from standstill, is on or off, with no progession between the two, with nothing then a lurch as it tells the gearbox to do something. The brakes require patience and planning as well, with far too much travel before there’s a semblance of bite on the discs. Once on, they will haul down the petite little thing well enough. Ergonomically there’s a query, with the accelerator pedal seemingly too far towards the centre and close to the brake pedal than seems neccessary. 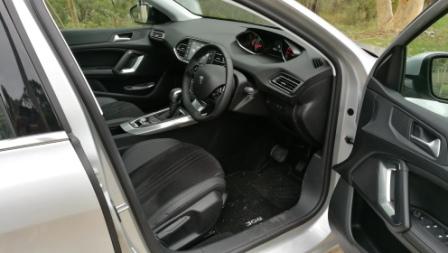 Inside it’s a mix of quality and comfort; satin and matt black plastics contrast with a silver, almost aluminuim centre console trim and steering wheel hub spoke, with the seats clad in a charcoal suede trim in the centre and leather elsewhere. The centre section of the dash mirrors the binnacle housing the simple yet informative mechanical dials that bracket a monochrome display screen. The tiller holds basic audio and Bluetooth controls, with a separate stalk for the cruise control. Audio, controlled via the 9.7 inch touchscreen, was clear and punchy, with the Spotify app but lacked DAB. However the Pug stays a bit old school digitally, with a single slot CD player on board. 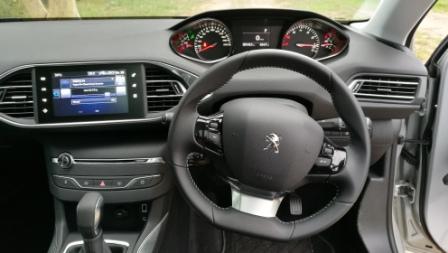 Hill Start Assist is on board, as is cooling for the glove box, plus Tyre Pressure Monitoring. There’s the usual swag of safety programs, six airbags, emergency brake light flash activation, parking assist and sensors, and push button Start Stop. There’s an Electronic Park Brake as standard plus you’ll also get tyre pressure monitoring.
Cargo wise, cup and bottle holders abound and there’s that nearly too small but not quite 435 litres of boot space, which increases to 1274 with rear seats folded. The spare is the now commonplace space saver. 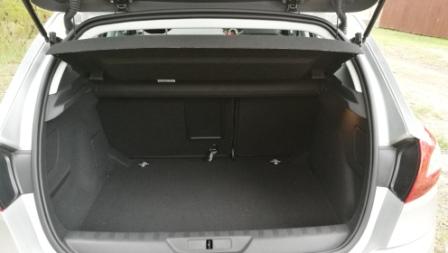 Outside it’s familiar Peugeot, with good looking alloys, LED rears and LED driving lights. It’s a swoopy look, with an angular finish to the head and tail light housings joined by a defining line. It’s a strong look, yet just soft enough to broaden the appeal visually. It finishes (or starts) the way the 308 reaches out and sits you down with a comfy cup of tea, such is how the overall package settles around you. 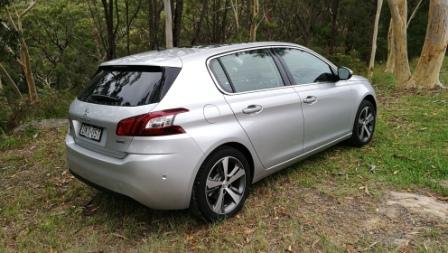 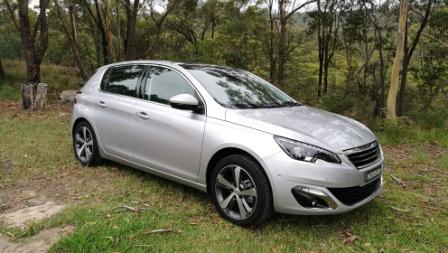 At The End Of The Drive.
The Peugeot 308 Allure sits mid range and fits in nicely pricewise at just under $33K. As an overall package the Allure is….alluring, however it’s then a question of adapting to the way the drivetrain works and the lack of feedback from the brakes in light usage. It’s a cracking ride and once underway, a cracking drive. Here’s how you can find out more: Configure your 2017 Peugeot 308