Once upon a time, before the rise of the SUV machine, there were people movers. This particular kind of vehicle has, more or less, disappeared off of the face of the motoring world, however Kia continues to burn the flame with their excellent Carnival and the criminally underrated Rondo. It’s the latter that a rewarding week was spent with and A Wheel Thing comes away musing why the Kia Rondo S isn’t in more driveways. 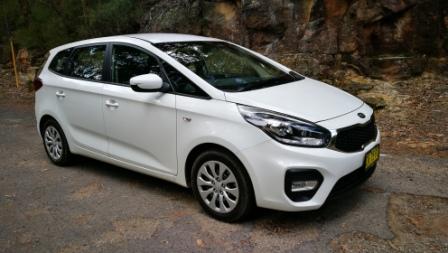 Up front, literally and metaphorically, there’s an issue, and one that may be part of the Rondo’s near invisibility. There’s just one engine choice and that’s a two litre petrol engine. Peak oomph is 122 kW and peak twist is just 213 torques, at 4700 rpm. It’s a people mover, but there’s no torque. There’s no torque because there’s no diesel. Here, right here, is the arrow in the heel for the Rondo. The Carnival has a stupidly thirsty petrol V6 or a frugal and more sensible diesel. The Rondo needs, badly, a diesel engine with the torque to do what a people mover does. 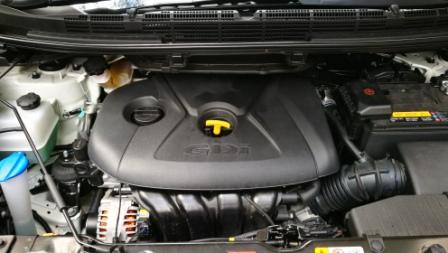 Why? The Rondo starts with 1520 kilos in five seater form, and 1546 kg for a seven seater. Lob in people (it is a people mover, remember) and let’s say 4 x 100 kilos. Straight up there’s a two tonne mass. Diesel. Please. There’s a further anchor, unfortunately. The Rondo lacks real feedback from the opposite of go. The brake pedal just seems to lack bite and feedback to the driver via the 300 mm and 284 mm discs. There’s a press and…nada…press harder and THEN there’s something. Given the role the Rondo has, it needs a better communication between foot and brake. 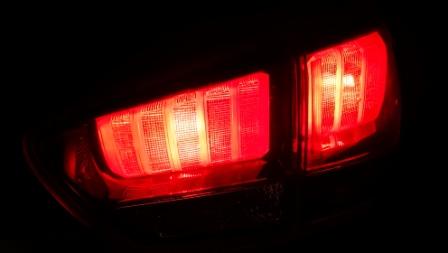 Back to the front: Kia quote 10.8L/100 km in the urban cycle. That’s using standard unleaded and from a 58L tank. Given that the urban jungle is the natural environment in which the Rondo will prowl, a sub six hundred kilometre range isn’t up to par. However, if doing country commuting, that figure drops to a quoted 6.2L/100 km.

Ride quality in the S is good, not great. It’s a touch too soft at the torsion beam rear, squishy at the MacPherson strut front with a twenty kph roll over a school sized speed hump having the suspension crash out on the far side, and feels as if it bottoms out just a little too easily. That’s with just the driver on board. There’s a need for a more Aussie tuned suspension, with higher spec variable rate suspension that will dial out the softness and not bring an excessively sporty feel to the car. However, it’s a good handler, with mild understeer from the 205/55/16 rubber when pressed, otherwise it’s pretty neutral and responds, for the most part, quite well to steering wheel input. Kia stay with the three mode steering option and it’s best left in Normal. 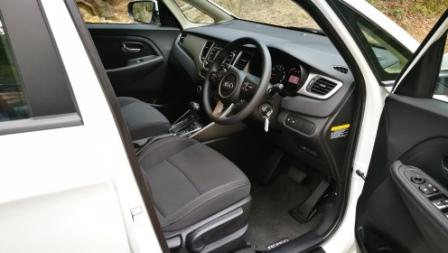 There’s plenty to like inside the near $27K (RRP) Rondo S, with a tidy and ergonomic interior. There’s the 35:30:35 split fold rear seats, 536L of cargo in the five seater which increases to a massive 1694 litres with the seats folded, plus a hidden storage section under the cargo floor. 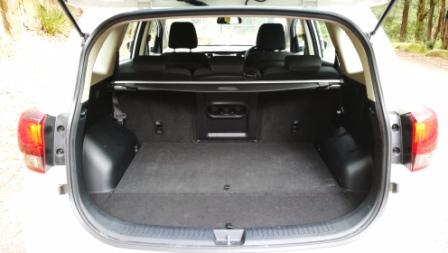 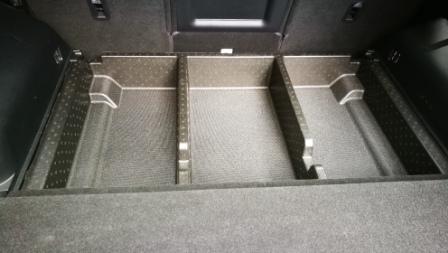 The grey trimmed seats are comfortable enough, with good lateral support in the front. The dash itself is typical Kia with a clean & simple look, a smallish (4.3 inches) info screen in the centre dash, a pleasing contrast in plastics in both colour (a satin silver garnish on the dash) and feel, and decent audio quality but the tuner lacked sensitivity for FM in some areas. There’s also dusk sensing headlights, reverse sensors and camera, Hill Start Assist, and a full suite of active & passive safety features including six airbags. 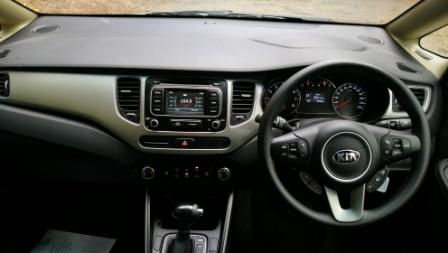 Being a people mover oriented vehicle, Kia have loaded the Rondo S up with four 12V sockets, five cup holders, and four bottle holders. There’s map pockets for both front and rear doors, even a second row fold out “table” that’s mounted in the centre seat back. There’s plenty of breathing space inside the 4525 mm long car, with a wheelbase of 2750 mm endowing the Rondo with enough elbow, leg, and hip space for most people. 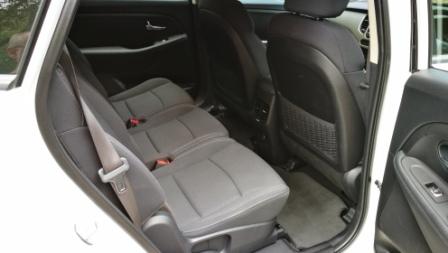 It’s not an unattractive car, the Rondo. There’s a longish pedestrian friendly bonnet, considering the overall length, which slopes into a steepish windscreen. This, though, gives a huge amount of frontal crash protection, with front passengers seemingly located halfway along the Rondo’s overall length. There’s a resemblance more to the Picanto than any other of the Kia range, with bulbous headlights sitting above the driving lights whilst the rear is clean, if not overly eyecatching. 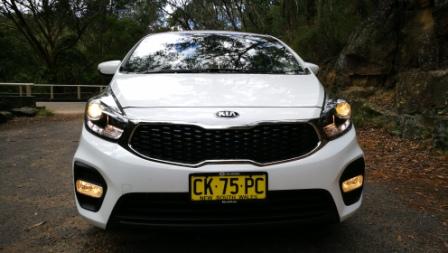 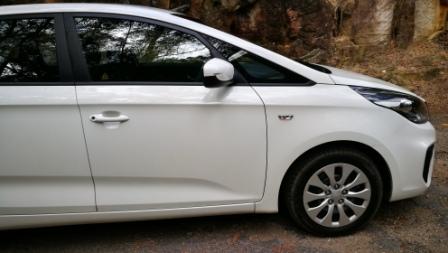 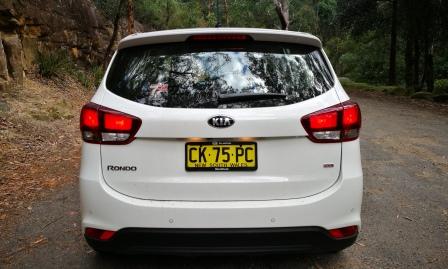 At The End Of The Drive.
By no means is the Kia Rondo S a bad car. It does seem to suffer from anonymity with an inoffensive design, one that doesn’t scream “look over here”. In A Wheel Thing’s opinion, a diesel option and some sharp pricing when advertising that engine option may go some way to raising the profile of this otherwhile earnest performer. Book yourself a test drive here: 2017 Kia Rondo range 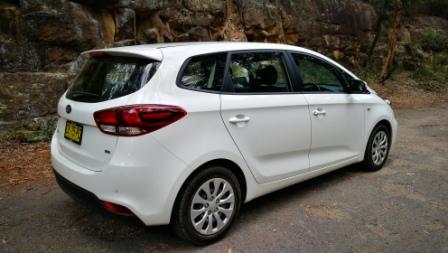