Good things come in small packages is a phrase that’s been around forever, it seems. And never more was it an apt phrase for a car than it is for the Suzuki Swift. It’s under four metres in length, has a driveaway price of $16990, has just five gears in a manual transmission, a 1.2L engine, and 66kW. And it’s a helluva fun car to punt around. We test the 2019 Suzuki Swift GL Navigator. 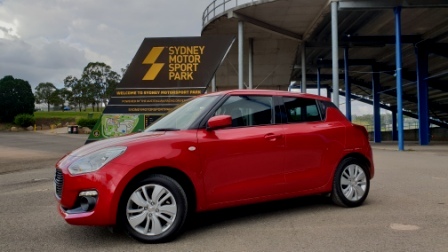 The range has been rationalised somewhat, with the Swift GL dropped and the once middle of the range Navigator now the entry level. Above that sits the Navigator with optional safety pack, GLX, and Swift Sport

The car reviewed has a five speed manual and it takes a bit of getting used to. Not because it’s a manual but because there is almost no spring pressure on the gate’s mechanism. It’s limp, weak, and almost void of any real feel through the changes. That’s matched by a clutch pedal feel of pretty much the same. There’s no weight (just like the car at 870kg dry), no real pressure required to push it down. 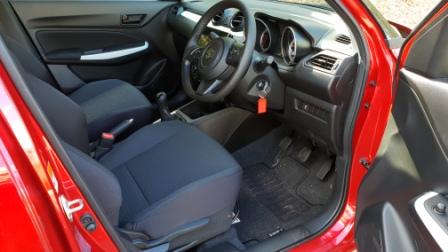 But once both are recognised for their foibles, they mesh quite well, and it really only took an hour or so to get the hang of how and where to utilise the pair in their movements. They also work well with the small engine. The 1.2L DualJet engine has just 120 torques and that comes at 4400 rpm. Simply put, it means that a bit of gear rowing is required, as is a bit of patience in regards to forward motion. The upside is economy, and Suzuki quotes around 4.5L/100km for the combined cycle. It needs to be economical as the fuel thimble holds just 37 litres. On our test the car, literally brand new at 11 kilometres on pick up, covered 300 kilometres on a half tank. 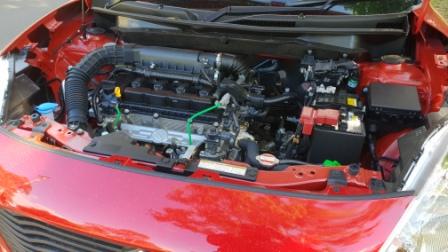 Acceleration is leisurely, at best, however once the engine reaches 3000rpm the characteristics change noticeably. There’s a change of note, urge, as it is, increases, and it feels as if it spins just a bit easier. The five speed sometimes feels as if an extra gear would be handy however considering fifth sees around 2000rpm at highway speeds, it wouldn’t have the required torque to take advantage of it. 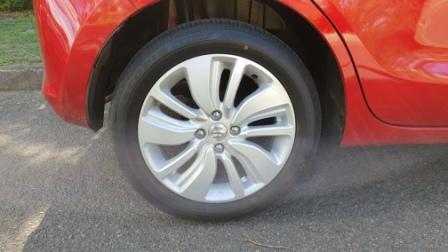 On coarse chip roads the lack of sound insulation isn’t just noticeable, it’s painful. The constant drone, and drumming, from the 185/55/16 rubber transmitted to the cabin via the MacPherson struts and torsion beam suspension, would drown out normal levels of conversation and radio, AM/FM only by the way. On the smoother blacktops it was naturally quieter and also ramped up the fun factor in the drive. 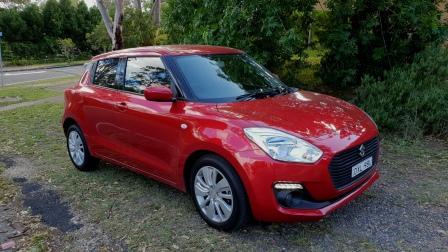 The comparatively big wheelbase, 2450mm, inside the tiny body length, 3840mm, means the Swift is very chuckable in corners, with an almost point and shoot handling style. The short travel suspension did mean some bumps crashed through, but the overall result is grin inducing…in the right hands. 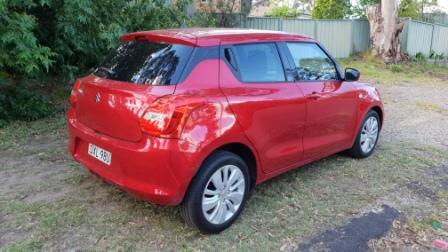 The Swift itself underwent a mild transformation externally over a year ago, with a look more akin to the Baleno thanks to pumped out tail lights and reshaped headlights. the fun factor is shown by the front end having a “smile” thanks to the horizontal lower grille and upturned corners. These house LED driving lights and bracket a wide hexagonal grille. 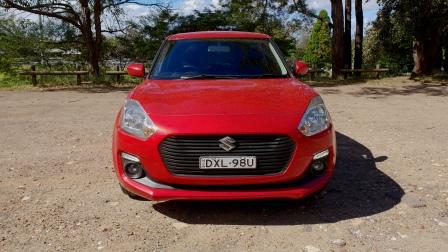 Inside it’s basic, but functional. The dash’s upper section has the Euro inspired sweep from the curve of the windscreen through to the doors, and that’s mirrored in a curve closer to the binnacle that houses a simple pair of dials and a relatively underused monochrome info screen. It shows trip and fuel consumption, and that’s it. The touchscreen is simple to use, uncomplicated in its usage, and sits above traditional dial and slide aircon controls. The audio system is moderate in quality but does have Auxiliary/USB, Bluetooth and voice control, plus Android Auto and Apple CarPlay.

Safety levels in the standard Navigator GL are fine. Six airbags, standard passive driving aids, and cruise control, are a good starting point, with the Navigator and Safety Pack version adding Adaptive Cruise Control. Reverse Camera is standard across the range but the Navigator does not come with parking sensors. 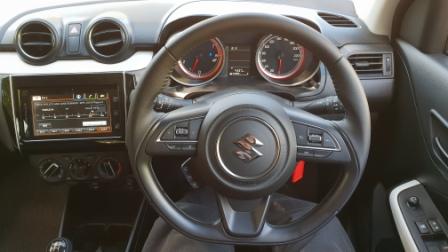 Naturally the seats are manually operated, and are comfortable enough for the price point of the Swift Navigator GL. Rear leg room is fine for near-teens but not recommended for people of six feet in height, for example. Cargo room is adequate, with a maximum of 556L with the rear sears folded. On its own, the cargo will hold almost all of a standard family weekly shop. 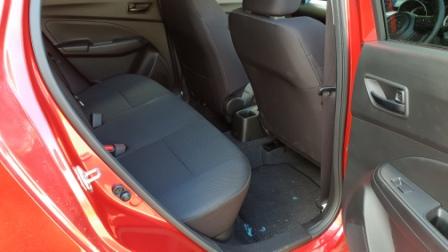 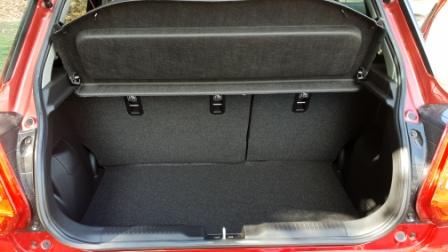 At The End Of the Drive.
As has been mentioned in our previous reviews, the Suzuki Swift is an ideal car for those getting a start in learning to drive. The basics are all in place, the safety factor is good enough to start with, and the softish clutch & shifter won’t scare a new driver. And at just on $17K it’s a good price. Above all, once the car is understood, it really is a fun machine to roll around town in. More details on the 2019 Suzuki Swift GL Navigator can be found here.