Iconic British car maker Aston Martin has unveiled their hotly anticipated Ferrari 812 competitor. It’s called the Aston Martin DBS Superleggera. Priced at US$305,995 it packs a supercharged 5.2 litre V12, punching out 533kW and a tree-stump pulling 900 Nm of torque across a mesa flat rev range of 1800 to 5000 rpm.

Based on the DB11 AMR, that’s 63kW and 200Nm more than the donor block.
The car has a dry weight of 1693 kilograms and rolls on gorgeous black paint alloys at 21 inches of diameter. Pirelli P-Zero tires are the chosen rubber. The drivetrain has been uprated and provides a 0-100kph time of 3.4 seconds and will see the ton three seconds later.
Aston Martin has delved into the books of history with the name. DBS hasn’t been used since 2012 and Superleggera, Italian for “light weight”, goes back to the 1960s. To that end, Aston Martin have eradicated 121 kilograms of mass. It also, until 2012, sidelines the evocative Vanquish nameplate. 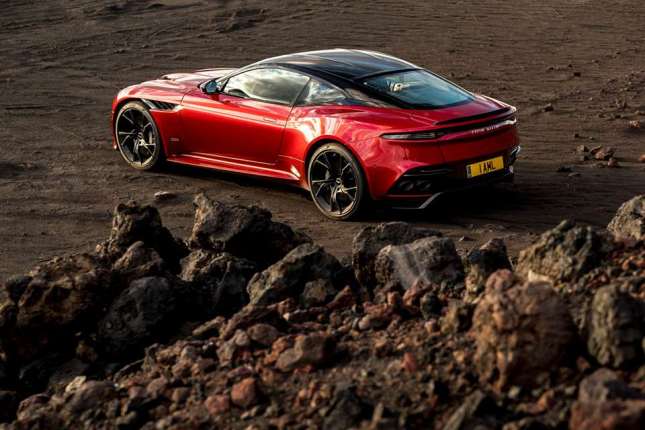 One of the design briefs was to visually spread the gap between AM’s model range. To that end, the DBS Superleggera has a more assertive grille and angrier looking headlights complete with angular LED driving lights. The grille is in a nosecone designed to increase down-force before combining with an extensively modified floorpan and rear diffuser to add up to a total of 180 kilos of down-force. Drag wasn’t sacrificed, with the same drag coefficient as the lesser down-force endowed DB11. There’s just 70kg here.
The profile is low, sensual, and definably Aston Martin is some elements. What’s new are the airvents leading from behind the trailing edge of the front wheels and edging back into the leading edge of the doors. The bootlid no longer displays the iconic Aston Martin emblem, it now proudly says the company name and sits between super slimline LED tail lights. This sits above a retuned exhaust, said to offer an extra ten decibels of what chief engineer Matt Becker says is “quality noise”. 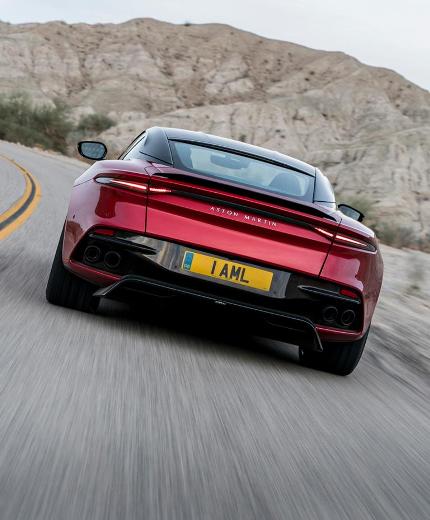 There’ll be plenty of that on demand, with the traction control system being reprogrammed to cope with the extra torque and its delivery to the tarmac. Becker says of the reprogramming: “If you slide the car and you know how to drive, it gives you all of the information you’ll need about when to put your foot on or lift from the throttle.”

Aston Martin is targeting both its own existing Vanquish customers, but more specifically owners of the Prancing Horse. This car is part of Aston Martin’s “Second Century” plan, where a new model per year for seven years is released. This includes a convertible version of the DBS Superleggera due for 2019. Aston Martin expects to start deliveries before Christmas of 2018.