It’s fair to say that the Chinese company Haval doesn’t have a widely known presence in Australia. There’s some advertising on TV in early 2018 to let people know of the four model range, including the H2. It’s not unhandsome to look at, not bad to be in, and is well priced and equipped. But yes, there’s a but…. 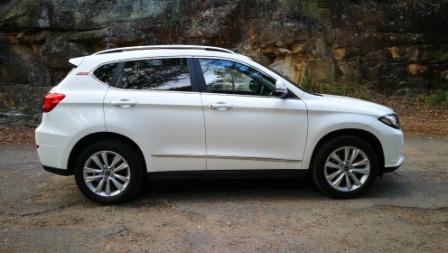 In profile there’s little doubt that the H2 is aiming at BMW, with an X1 or X2 presence. And this comes as no surprise as the designer is one Pierre Leclercq, the former head of design at…BMW. Inside it’s Range Rover’s tidy lidy Evoque, with a slightly overdone silver-grey plastic trim that won’t be to everyone’s taste. It’s cloth on the seats, comfortable, but set perhaps a little too high, which also brings in the high roofed resemblance to the Beemers. 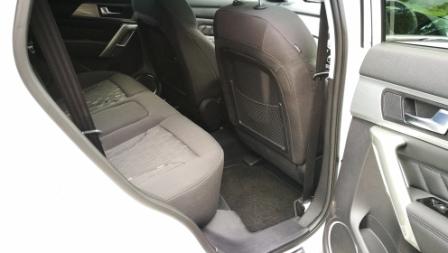 Motorvation is courtesy of a 1.5L turbocharged petrol engine with a rated fuel economy for the auto of 9.0L per 100 kilometres on the combined cycle. AWT finished at 8.5L/100km on a mainly suburban run. It does feel like it needs a bigger tank as it was on 1/4 to go with just under 400km covered. Peak power is 110kW at a typical small four 5600rpm. Peak torque is 210Nm between 2200-4500rpm. 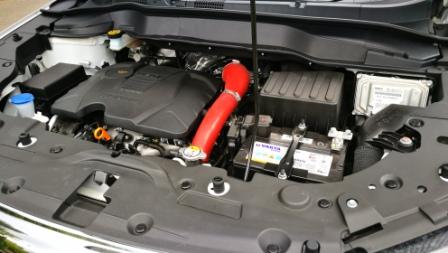 In comparison, the Holden Equinox with the same tech and capacity pumps 275Nm between 2000-4000. The Equinox tested had a six speed auto, the H2 also had a six speed auto. However there’s more to the Haval’s engine and gearbox combo than simply a comparitive dearth of torque.

It’s indecisive in its power delivery; sometimes first and second saw moving from standstill quicker than other times, particularly in a straight line move as opposed to off the line from a corner. There’s significant turbo lag at best, and a lag of urge in third or fourth in the same rev range where you’d have some pull below or above those ratios. Mash the pedal and although well within the torque band, forward motion was slower than the Titanic where she is now. Yet, at other times, the slightest touch of the pedal would see the H2 respond appropriately.

There was a mix of silky smoothness and jerkiness where it was once smooth. Not once at anything other than freeway cruising did it feel as if it was cohesive and capable of not confusing the driver. The auto has Snow and Sports modes, with Snow activated by a button in the centre console. Otherwise it’s a stand, reasonably well ratioed, six speed that shifts smoothly enough when it’s behaving itself.

Inside, as mentioned, it’s not a bad spot. The dash dials hint strongly at Evoque, with a crystal look insert at every second speed indicator and brackets a colour 3.5 inch LCD screen that didn’t show speed but showed tyre pressure, instand and average fuel consumption, a layout that anyone with the Evoque would recognise, meaning its well laid out and easy to spot where things are. But…the CD/Bluetooth streaming/infotainment/non-DAB system is easily the worst AWT has experienced.

1. It doesn’t power off for something between five to ten minutes after the car powers off. Result? Flat battery. 2. None of the touchscreen tabs on the otherwise nice enough looking screen responded to touch until again after five to ten minutes of power on. 3. EVERY time the head unit was powered up it would go through a boot cycle of over fifteen seconds. This was irrespective of whether starting from an overnight off or whether you had JUST powered it off.

As a result it made using the whole thing harder than what it should have been. Changing stations had to be done using the toggle switch in the tiller and any sound settings had to wait until, like an old tube style radio, it had “warmed up”. Navigation wasn’t bad to look at but was largely rendered useless and actual audio quality was pleasing and clear enough. The sunroof is operated via an aircraft style dial above the driver and passengers head, with presets to open and close. 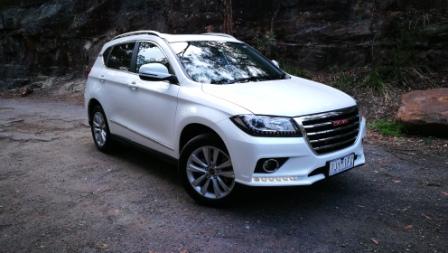 Switchgear and build quality stood out as being of high quality for the most part, with an odd squeak here and there for a vehicle that had around 9850km or so and handback. There’s plenty of headroom as you’d expect from a 1814mm tall vehicle, plenty of legroom from the shorter than it looks 4335mm length and 2560mm wheelbase, and enough shoulder room for two kids in the 1695mm width.The H2 itself comes with a choice of two or four (all) wheel drive in Premium and Lux level trim. 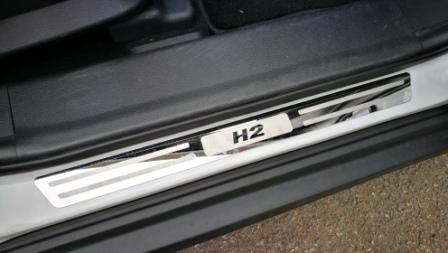 There’s really only the difference in dashboard trim here that separates the four levels, as 12V sockets, cargo blind, stainless steek door sill scuff plates, keyless entry/start/stop, a nice to the touch leather tiller (which features a small Audi-esque badge at the bottom), six airbags, tyre pressure monitoring, and traction control in its various forms are standard across the range. Cargo spaceis just big enough for a family’s weekly shop and when it comes to safety, the Haval H2 does come with an ANCAP five star safety rating. 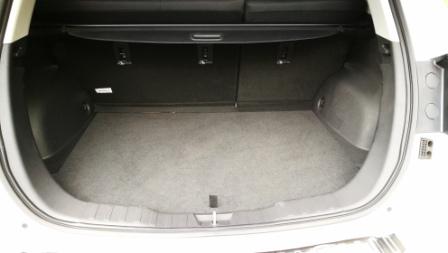 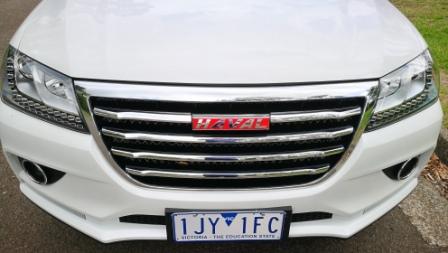 Where the H2 shone was in ride and drive quality. The electrically assisted steering was slightly numb on centre otherwise was solid in communicationand heft, The McPherson strut front and multi-link independent rear were beautifully tuned for a balance of comfort and absorption against a sporting enough ride when trialled through a well know one way downhill run, and had plenty of grip from the Kumho 235/55/18 Solus rubber wrapping the (optionally available) red painted brake callipers. 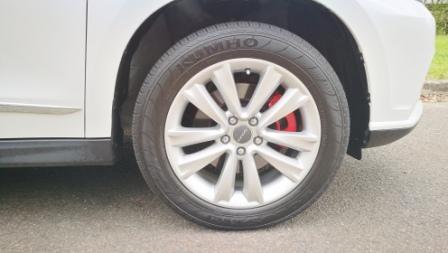 There’s confidence in chucking it around thanks to a front and rear track of 1525mm/1520mm and confidence in stopping as the brakes respond to a light touch and retard forward progress…..progressively. It’s also lovely and quiet inside, to the point where a junior AWT staffer asked “Is it electric?”

At The End Of The Drive.
Haval’s H2 suffers from the death of a thousand paper cuts. Individually the niggles are mildly aggravating. As a package, as beautifully set up as a handler it is, those papercuts are enough to potentially not overcome, depending on your own driving preferences, the attractive starting price of $24,990 driveaway for the 4×2 Premium with auto. There’s no doubt at all that the indecisive driveline won’t be seen by some as a deal breaker but it’s also without doubt it needs more work. The infotainment unit needs hauling out and throwing away, and there’s any number of cars out there with far superior units.

If you look past the driveline and infotainment hiccups, you’ll be rewarded with a good looking, well handling, roomy enough for four, well priced SUV. AWT is due to test the new Haval H9 in early April, 2018.